America this is your wake up Call. This is not meant to be controversial, but induce conversation and thoughts. 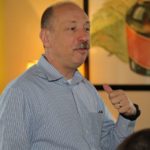 America this is your wakeup call and it is harsh!

Every developed country has its challenges and some take the form of a nemesis. How we approach these challenges and foes determine the outcomes and if we choose poorly, our demise.

In America, there is a form of decay that is stealthy and corrupting our very nature. That decay is our businesses are living on our past accolades and forgetting the innovation and values that made us a great nation and a leader in the world.

We focus on money instead of values, which allowed our supply chains to diminish to unacceptable levels and increased our dependence on foreign entities. These foreign interests do not match our values and have been aggressively positioning themselves as a replacement for America. They are luring our companies to place factories within their borders, which allow them to steal our intellectual property and copy our ideas without having the costs of development or the costs of trial and error failures. They can also use these facilities as a resource, that they can confiscate without any repercussions.

Our universities have shifted from educational pillars to indoctrination centers with a focus on ideologies that are contradictory to American principles and values. These universities are taking foreign donations under the table and allowing foreign students to copy college student innovations and technological advancements. Why are the taxpayers subsidizing universities to train our adversaries and demand that America’s ideology change to match a thought process that they are promoting?

Deception and sensationalism have filled our youth with views that are destructive and, in some cases, violent. This has been introduced through mainstream media, which was actually a watchdog in the past that smoked out corruption instead of being a sounding board for the very foreign forces that are making a move to make America subservient.

Our political system is diminishing the influence and strength of the American citizen and is systematically becoming a centralized government instead of the Constitutional Republic that is a beacon in the free world. Political parties give away extreme amounts of money to foreign interests instead of concentrating on the citizens that elected them. Who would ever approve of a system, where politicians vote on their own pay raises and not have a system that effectively keeps them in check? Every bill has strings attached to fuel a hidden agenda that is no longer hidden. These expenditures are not free money, they are tax dollars that are being spent on controlling the masses and selling future generations into a form of slavery.

Our immigration system is a shamble with a concentration on cheap labor from illegal aliens and incentivized lures for refugee charlatans, that have ideology agendas that erode the American culture to something that more resembles a third world country.

The American court system is an additional concern with our courts becoming advocate judges instead of the intended purpose of following our Constitution. They interpret the Constitution to match their ideological views instead of just reading the document and ruling according to the words that give us our rights. This has eroded our rights as a citizen and allowed us to become potential criminals when we disagree with an interpretation. Our constitution was written so an average citizen could read and understand its contents, without legal jargon or elite interpretations. These rights are what make us American citizens and not subjects to a ruling class. All of our rights are sacred and must be treated and administered with a form of reverence.

So now we need to discuss how to fix this situation and hopefully without unnecessary violence. These are general concepts and they are being mentioned to offer solutions and allow discussions that will bear fruit to change our course and develop into a better country than we were before.

The first solution is for our businesses to realize that we do not have to be on the decline and our better days are ahead of us. We need to do the work that will allow us to compete with foreign advisories and concentrate on innovation and a future that allows us to prosper and keep our soul. This includes caring for our workers, our community and realizing that we do not have to do everything alone. When you approach a problem and only use your viewpoint, you are already at a disadvantage. There is nothing wrong with a company trying to make a profit however, these companies should have some responsibilities that are value-based instead of strictly focusing on capitalization rates.  Returning our factories and production capabilities are a must that will reduce the influence of foreign corruption and their ability to steal intellectual property. We will also have these resources when we need them without foreign intervention.

The second solution is to put some restrictions on our government and fix the corruption that is plaguing our current system. We were designed as the Constitutional Republic instead of the Democracy that most news stations are happy to announce. Instead of having parties, we should concentrate on issues and solutions. Our first priority should always be our country and our citizens. If we can’t take care of or defend our citizens, then we do not have the funds to care for other nationals. Some of these foreign parties do not like or care for America and they should be able to hate us for free. One solution would be to return the political class to the roles that our forefathers established. The politicians were intended to be a representative class that had no benefits, retirements or perks, just the honor of a title and a heart for their communities and country. We should also diminish the influence of lobbyists that any sane person would consider bribery and corruption. Political pay raises should be an item that is voted on during the major elections. If they did not earn a raise, the people should deny them a raise. Each bill should be required to have one-line items and not allow all of the agenda-driven pork and nefarious content that is included with most major bills. Prosecution for corruption and illegal activities must be swift and more severe to act as a deterrent and display that there is not a class of individuals above the law. If we enacted this, the caliber of individuals willing to serve would change for the better.

The third solution is to return our education system into an institution that encourages analytical thought and focuses on skills and technology advances. Instead of every student coming out as a drone that regurgitates the ideologies that are being used as trojan horses to undermine our communities and our country, they should be agents of free thought and innovation. This is not all education facilities but it does apply to a significant amount of education. Foreign influences and funding should be transparent, with consequences to individuals and organizations that abuse or cover-up outside interests.

The third solution is, our immigration system must be fixed with a concentration on legal immigration and the needs of our country and communities. We should encourage individuals who want to become Americans with a legal immigration system that focuses on outcomes. Skilled individuals, who want to be citizens should be our focus. They should be self-supporting and be able to live so they are not a financial burden on American citizens. Securing our borders to discourage illegal activity is the first priority with a system for tracking and removing criminals, which include individuals that have overstayed visas that are required to secure the interests of the nation. There has to be tracking for every individual entering our country, especially after the pandemic. Imagine the carnage if the next pandemic comes from the southern border, unchecked. Illegal individuals that require assistance or need medical care should be taken care of, deported and then a bill should be sent to their country of origin. Any undocumented aliens that vote should be imprisoned with hard labor and then returned to their country of origin after a 10-year sentence. Refugees must be vetted and they need to have verifiable hardships that match our values. We have individuals that are entering our country under false pretenses and they are not here to become Americans or to improve our communities. Harsh penalties for fraud and deceptive applications need to be a deterrent and these penalties must be according to the degree of violations.

Any business that employed illegal aliens would lose their business and serve a sentence to discourage them from taking advantage of underprivileged individuals and the American people. Business loans should not be any different for foreign individuals than that of Americans. They should also pay the same taxes if they intend to do business within our borders. Foreign countries often tax our companies and we should not be any different by matching their policies to their citizens working in our country.

The fourth solution is to be skeptical of the mainstream media, which produces content with an agenda. We are at a stage in our communities that media coverage is obviously flawed and, in some cases, blatant fraud. When a television station is caught using an Italian hospital as an example of a pandemic in New York, we have a serious problem. They repeated this a second time after they were initially caught, which says something about the state of deception. We should encourage free speech and independent thought to maintain our freedoms and have channels to express them. We should also be held culpable for deception and deceit to the degree that honesty and values are restored. Sensationalism is how ratings are earned and maybe Americans should decide that facts and values should matter more than entertainment. Well at least in this one category of information.  If we have a view then we should express it as such. If we disagree that is fine, we are free people. If we do not discuss ideas or help each other to understand then we are doomed and the status quo will continue and we will continue to decay.

You have Successfully Subscribed!